Giving Up On The iPad2 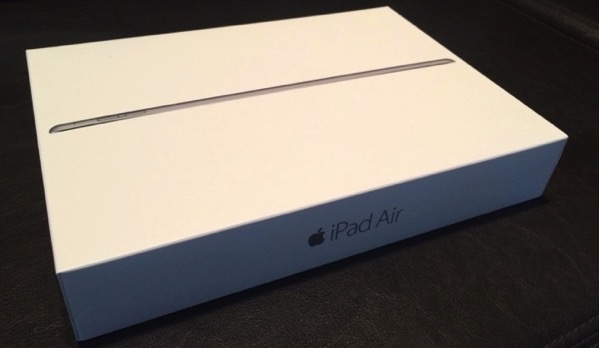 I finally gave up. After months of trying to continue to use my older iPad 2 with first iOS 8 and then iOS 9, as chronicled in several blog posts, I finally gave in and bought a new iPad Air 2. These two blog posts, and the many comments left both on the posts and on social media, show I am clearly NOT alone in wanting to continue using my iPad 2:

What finally did it for me is that after the iOS 9 upgrade, I was no longer able to use a specific application that I use all the time.

To explain a bit more, I coach a competitive girls Junior Curling team that my daughter is a member of. As part of that, I've been using an app call "iCurlStats" to track the actions and statistics in curling games so that we can be able to go back over them afterward. When I tried to use it in a recent curling tournament (a "bonspiel") it kept crashing all the time... and at terrible moments when I'd entered half of an "end" of a curling game.

It was so frustrating.

And unfortunately I discovered that the makers of that "iCurlStats" app seem to have gone out of business. The app is gone from the AppStore and the developer's website is completely gone. (In the little bit of digging it looks like the company may have been acquired by another company who then shut down different parts of the acquired company.)

So the chances of me getting an updated version of the app from the developer that would still work with an iPad 2 running iOS 9 were basically non-existent.

So I gave up. I gave in to the "planned obsolesence" and forked over more money to Apple for a iPad Air 2. This is the latest iPad in this size and so one would hope that Apple will keep it around for a while. Because I have come to heavily use a number of apps that are only on iOS, I'm right now locked into Apple's shiny, pretty walled garden. And I'm reluctantly okay with that because the apps are useful and help me get things done.

But I will also now be VERY CAUTIOUS applying future iOS updates to this iPad.

Had I not "updated" the iPad 2 to iOS 8 and left it running iOS 7 it probably would still be quite workable. (At least until I was forced to upgrade to newer apps that only ran on iOS 9 or later.) Now the iPad 2 will become something I use for an extra web browser screen or for some of the music apps... at least while all of those continue to work.

So that's the end of the saga.

No more glacial slowness for me - the iPad Air 2 is a remarkable and fast tablet. I can chart my curling games extremely easily and it works great for all the other apps I use, too.

Hopefully I can get a good run of years out of this one.

An audio commentary on this topic is also available:

P.S. There's another part to the story, too. After getting all set up on the iPad Air 2 and having iCurlStats work great - and getting all set up for the curling bonspiel all this past weekend... I decided that I wasn't comfortable with using an app that was no longer supported at all. In my research I had stumbled upon Curl Coach, a newer iPad app for curling coaches, and wound up using it for this past weekend's bonspiel. It is an amazing application! It's not cheap ($40 USD), but it's well worth it for how well it helped me work with our team! I don't know if this would have run on the iPad 2 (removing the need to buy the iPad Air 2), but I'm sure it wouldn't have run as fast as it did... and that is key when you're in the midst of recording a game.

Video and Slides Now Available For My AstriCon 2015 Keynote: Open Source and The Global Disruption of Telecom

If you're interested in what I said last month at AstriCon 2015 in my keynote on "Open Source And The Global Disruption of Telecom: What Choices Will We Make?", the video and slides are both available.

As I wrote about previously, the context for this discussion was to talk about the changes that are happening all around us in terms of the ways in which we communicate. Here was the abstract:

There is a battle raging for the global future of telecommunications and the Internet. Taking place in networks, board rooms and legislatures, the battle will determine how we all communicate and what opportunities will exist. Will telecom support innovation? Will it be accessible to all? Will it give us the level of security and privacy we need to have the open, trusted Internet? Or will it be restricted and limited by corporate or government gatekeepers?

The rise of voice-over-IP has fundamentally disrupted the massive global telecommunications industry, infrastructure and policies. Open source software such as Asterisk has been a huge driver of that disruption and innovation.. but now what? What role do platforms such as Asterisk play in this space? And what can be their role in a telecom infrastructure that is now mobile, increasingly embedded (Internet of Things) and more and more using proprietary walled gardens of communication?

How well I delivered on that will be up to you to decide... but I felt good about how it all came out and received many great comments and feedback throughout the rest of the event and afterwards. And, as a speaker I could see from the crowd (about 500-ish people) that they were NOT looking down into their smartphones or laptops... which is always a good sign! ;-)

A key point of what I aimed to do was to bring people up to a higher level to think about how their own actions fit into the broader context of what is happening in the world today.

It was fun to do! And I loved all the questions I was getting after that. My goal was to make people think... and it seemed that at least for some I did.

My part of the video starts after 15 minutes of introductory items (this was the opening of the event), so if you watch in the embedded video below you'll need to move forward to the 15:00 mark. You can also follow this direct link to the start of my segment with an introduction to me from Mark Spencer, the creator of Asterisk.

(And yes, this was the first time I had ever given a presentation wearing a ponytail in the long hair experiment I've been trying this year... I'm still not 100% sure I'm going to keep this style. This may be the first and only presentation you see with me like this.)

Unfortunately, the video only shows me talking on stage and doesn't show the slides I was using... so you don't understand what I'm talking about when I reference the slides.

I've posted the slides to my SlideShare account but as you'll see without the video or audio they aren't of much value. This was a wonderful opportunity for me to present in the very minimalist style I prefer where I only use images or a few words - and I thoroughly enjoyed doing so.

However, syncing the slides to the video is not something you'll probably find easy. At some point perhaps I'll create another video showing both my speaking and the slides... but I don't know that it will happen anytime soon.

Meanwhile, here they are...

Some of the links I reference in the presentation include (in the order of their appearance):

If you enjoyed this presentation and would like to have me potentially speak at your event, please do contact me. I've been speaking for many years and very much enjoy giving these kind of presentations at all types of events.