Back in December, 2014, I published a post here called "The Directory Problem - The Challenge For Wire, Talko And Every Other "Skype-Killer" OTT App". After receiving a good bit of feedback, I've now published a new version over on CircleID:

The Directory Dilemma - Why Facebook, Google and Skype May Win the Mobile App War

I incorporated a good bit of the feedback I received and also brought in some newer numbers and statistics. Of note, I now have a section on WebRTC where I didn't before. You'll also notice a new emphasis in the title... I'm now talking about the potential winners versus the challengers. I also chose "Directory Dilemma" not only for the alliteration but also because the situation really isn't as much a "problem" as it is an overall "dilemma". It may or may not be a "problem".

I'm not done yet.

I'm still seeking feedback. I intend to do yet another revision of this piece, but in doing so intend to:

Comments and feedback are definitely welcome... either as comments here on this site, on social media or as email to "dyork@lodestar2.com".

I'm not sure when I'll do that next iteration, but probably later this year.

P.S. An audio commentary on this topic is available... see the embedded audio plater at the bottom of this post... (below the graphic) 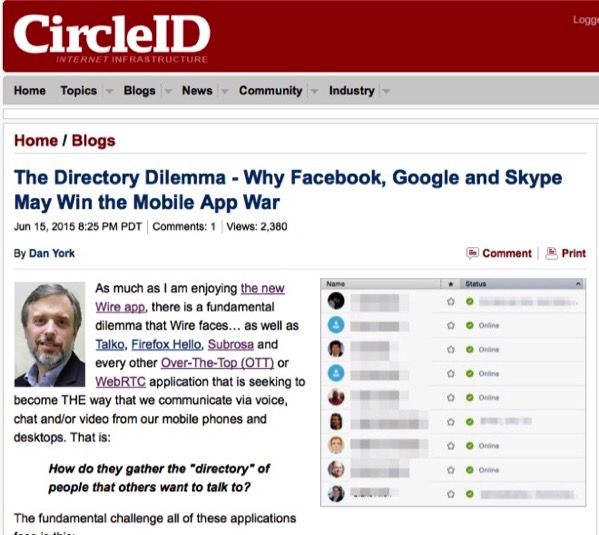 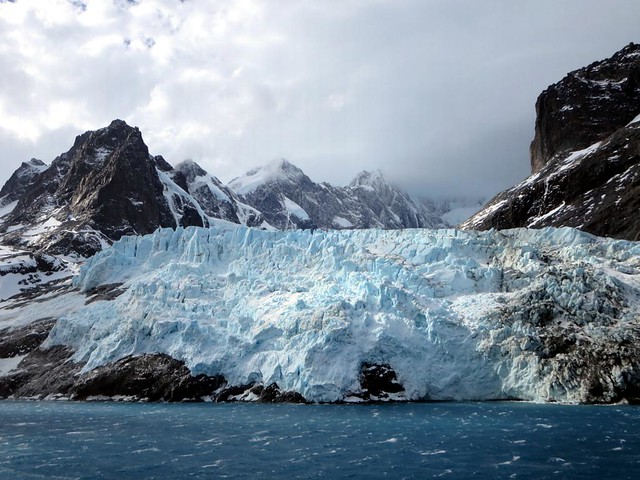 I have one very simple question amidst all the media hype about Apple's WWDC announcements yesterday:

Yes, all that other stuff announced yesterday sounds cool... but I have this more basic question.

You see, I made a mistake.

I believed Apple when they said that iOS 8 would run on an iPad2. I mean, the device is from 2011 - it was "only" three years old when iOS 8 came out last year. It was still working very well with iOS 7 and I was excited to try out iOS 8.

... that it's hardly worth using. It takes a long time to open up applications, to bring up the keyboard, to switch between applications, etc. It is so slow that I've really stopped using it for almost everything but occasionally reading documents when traveling.

Yes, I do realize this is a very definite "first world problem" in that much of the world doesn't have access to even a device such as an iPad2. So who am I to complain about how slow a device is?

But the iPad2 did work very well with iOS 7 ... and the cynical view is that iOS 8 seemed to be a way to make all of us iPad2 users get frustrated enough to buy new devices. And sure, that's perhaps great for Apple's revenue (assuming we don't buy an Android device instead) ... but it's not great for all the electronic waste of discarded devices. I'd like to continue using what is otherwise a perfectly fine device.

In the WWDC announcement yesterday, Apple's Craig Federighi mentioned that iOS 9 was slimmed down to be able to be upgraded easier over-the-air. He said that it was to help make sure it would run on all devices.

My request to Apple would be simply that - please make iOS 9 truly run on the iPad2!

If Apple is going to claim to still "support" the iPad2, they should do so in a way that lets you use the device in the manner in which we used it when we purchased it.

Or... they should simply be truthful about it and drop the iPad2 from the list of supported devices. Then we all who have them can at least know and not bother upgrading iOS. (And we can figure out what we want to do with the device...)

Will iOS 9 make my iPad2 usable again? I don't know... but I'll definitely be upgrading when it is released because at this point I don't know that Apple can make the device worse than it is running iOS 8. :-)

UPDATE - 30 Sep 2015 - I wrote about my own experience with an iOS 9 upgrade and pointed to some of the comments here on this post.

Photo credit: an image of a massive glacier by David Stanley on Flickr