Want to learn more about what's up with Skype right now? Tomorrow, March 27, 2015, at 12 noon US Eastern, my friend Jim Courtney is going to be discussing the new second edition of his "Experience Skype to the Max" on episode 534 of the VoIP Users Conference (VUC) podcast.

As noted on the VUC page, Jim will be talking about:

It should be a good session. I've known Jim for many years through his blogging about VoIP and he has a great amount of knowledge about Skype. Sadly, I'll be occupied with IETF 92 activities during the live broadcast so I will have to catch up with the recording of the session.

It's probably best to also join the IRC backchannel where links are shared, questions are answered and other comments occur. You also can visit the Google+ event page for the VUC #534 session today where there may be additional links and info.

If you won't be at your computer, you can also call in via:

The session will of course be recorded so you can listen/watch later. Here is the YouTube live video stream: 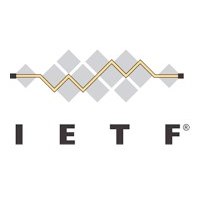 Can we create a royalty-free (RF) video codec that can be deployed ubiquitously and become the new open standard for video communication across the Internet?

THAT is the fundamental question of the Internet Video Codec (NETVC) Birds-of-a-Feather (BoF) happening at IETF 92 in Dallas today, March 24, 2015, from 9:00-11:30 CDT (UTC-5). You can listen and participate live using the following links:

You also may want to view the presentation that will be used during the session.

The goal of the overall effort is defined as this:

The BOF proposal contains more of a narrative:

The Internet needs a royalty-free (RF) video codec that can become the backbone for universal deployment of video related technologies. Royalty-bearing codecs put constraints on implementors that are unacceptable, but current RF codecs are not yet competitive with royalty-bearing offerings. This dilemma stalls innovation in the space and means large sets of consumers don't have access to the best video technology.

There are efforts underway by several groups to produce a next-generation, royalty-free (RF) video codec, including VP10 by Google and Daala by Mozilla/Xiph.Org. While far from complete, these efforts aim to surpass the royalty-bearing competition. Efforts within other standards organizations like MPEG to create RF video standards have been unsuccessful so far, but have showed that many consumer device manufacturers would support an RF codec.

The success of Opus from the CODEC WG has also shown that collaboration, based on the IETF's principals of open participation, can produce better results than competition between patented technologies. The IPR rules in BCP 78 and 79 are also critical for success. They impose a duty to disclose, and require exact patent or patent application numbers, in addition to basic licensing terms. This allows participants to evaluate the risk of infringement and, if appropriate, design work arounds, in any technology adopted, and assess the cost of adopting such technology. Because it does not force participants to agree to license their patents under RF terms, it helps to encourage participation even by those opposed to such terms (instead of guaranteeing they stay away). In addition to an environment which encourages third-party disclosures, this provides much better chances of success than SDOs which have a "patent-blind" process or which require blanket RF grants.

And the NETVC BOF agenda outlines the plan for the session today.

I do believe that creating this kind of royalty-free codec for Internet video is a critical step to enabling video to be used everywhere across the Internet... not just where people are able to pay to license royalty-bearing codecs. I'd like to see even more developer creativity and innovation unleashed with this action.

I'll be listening and participating remotely. I hope that many of you will join in as well. 9:00am US CDT today (10:00am for me on the US East Coast).

P.S. If you have no idea what the IETF is all about, you may want to skim The Tao of IETF first...

Goodbye, Gigaom - So Long And Thanks For All The News!

This one hurts. There have been many failures in the tech media industry, but the death of Gigaom is one that hurts. The word started filtering out early last week from people such as Mathew Ingram:

This hurts more than I can say: I was just told Gigaom is shutting down -- it has run out of money. We tried our best, but it wasn't enough.

And then there were the confirmations from people such as Om himself:

Just walked out of Gigaom for the last time. Thank you everyone. I will miss you all for rest of my life! http://t.co/IBOhRuZ4DZ

And the starkly worded message on the main page of Gigaom that said in part:

Gigaom recently became unable to pay its creditors in full at this time. As a result, the company is working with its creditors that have rights to all of the company’s assets as their collateral. All operations have ceased.

"All operations have ceased."

And there it was... the end of this particular dream of Om's. He followed with his own post, ending simply "Goodnight sweetheart, I still love you!"

MUCH has been written in the past two days. Some of the posts:

I struggled about whether to write anything... but I felt I needed to.

I say that "this one hurts" because I watched Om grow Gigaom from the beginning. Back in the early 2000's when "blogging" was still new, there was this whole cadre of us who wrote about "voice of IP" or "VoIP" and how the Internet was fundamentally changing telecommunications.

There was Andy Abramson with VoIPWatch, Jeff Pulver with his various VON sites, Martin Geddes with Telepocalpse, me here with Disruptive Telephony, Tom Keating with his "VoIP and Gadgets Blog" at TMC, Aswath Rao, Alec Saunders, Stuart Henshall and so many more...

But perhaps the most prolific of all of us was Om with his site simply titled "Om Malik on Broadband." He brought his incisive reporting and his way of helping put news in context of the larger picture.

In those glory days of blogging we read each other's posts... commented on them... excerpted them... trackbacked... pingbacked... learned from each other... and so much more...

But Om had grander ideas...

I was impressed to watch the growth as "Gigaom" was born and soon became about so much more than just one person. Om added more writers... more topic areas... just more content in general.

And in a sea of so many tech media sites I always enjoyed reading Gigaom. It was one of the "go to" sites I visited when I wanted to learn more about a topic.

In particular I enjoyed the work of Mathew Ingram who gave such great coverage to the way that the Internet is changing the ways in which we communicate - a topic I find so fascinating and write about both here and over on Disruptive Communications. I enjoyed his writing... as I did Stacy Higginbotham and so many of the other writers.

I watched the expansion into events and in particular into research. I was extremely intrigued by the "Gigaom Research" idea of paying a basic fee for the year and getting access to all sorts of research.

"All operations have ceased."

In the days that have followed, there have been some reflections emerging with more details. A few I found more interesting and useful:

All really point to some of the financing, and particularly the debt, as the challenge the business faced and in the end couldn't solve.

I do, though, like what Mathew Ingram said in his "exit interview" with the Columbia Journalism Review:

The whole piece is worth a read!

And now it's gone. Nothing left but to wind down the final operations.

I have to think that most of the writers will land on their feet. They were excellent and have to be receiving job offers ... other media companies would be crazy not to try to snatch them up!

I will miss the site. What I enjoyed most was that Gigaom did NOT try to go after views with click-bait headlines or other gimmicks. They tried to just give us solid news with context.

Thank you, Om, for creating the site - and for aspiring to lead journalism in new and different directions. Thank you Om, Mathew, Stacy and all the others for all the news your wrote.

An audio commentary on this topic is available: