The Big Question On Avaya's Acquisition of Radvision - What About The SIP and H.323 Stacks? 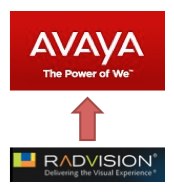 With today's big news in the VoIP / Unified Communications (UC) / telecom space of Avaya's acquisition of Radvision, pretty much all of the coverage has predictably focused on the video angle. While that's certainly important, I have a far bigger question:

What about Radvision's SIP and H.323 stacks?

will Avaya continue to support and promote the strong usage of Radvision stacks by other vendors?

Of all the coverage I've seen so far, only Tom Keating touched on this in his brief post:

They also developed a H.323 stack used in hundreds of VoIP and videoconferencing products before SIP became the dominant VoIP protocol of choice.

Beyond the popular H.323 stack, Radvision's SIP stack has also been used in a good number of products out there - and Radvision also developed stacks for RTP, MGCP and many other VoIP protocols. Just follow the links off of Radvision's developer page at:

to see the wide range of developer solutions they have developed over the years.

For those not familiar with this topic, a "stack" in developer-speak is basically a set of libraries that you can incorporate into your products to enable those products to communicate over a given protocol. So if you want to "SIP-enable" your product, you can license a "stack" from a company like Radvision rather than developing your own stack or using one of the various open source stacks that are out there. Licensing the stack also typically gets you support from the vendor and the ability to request changes/customizations/etc.

Radvision has enabled a good number of companies out there to get into the VoIP world. They have been a supplier of stacks to companies all across the VoIP / UC space.

Now they've been acquired by one of the largest vendors in the VoIP/UC space.

Will Avaya continue to support the widespread usage of Radvision's various stacks by other vendors?

Or will they restrict or reduce the usage? Or increase the costs? If so, what will the other vendor's do?

Can the various vendors using Radvision stacks trust Avaya to continue the developer program? Particularly when they may compete directly against Avaya?

Will there be more attention paid now to other providers of SIP and VoIP stacks?

THAT is the question that I'm most curious about in the midst of this merger...

Some of the pieces worth reading on this topic include:

P.S. Hat tip to Forrester's Henry Dewing, too, for at least recognizing the usage of Radvision's stacks, although he did not ask the question I'm asking here.

As much as I may criticize Skype at times, I continue to be impressed by the technology they create and the powerful ways in which Skype enables us to communicate. Yesterday Jim Courtney called me to test out the "upgraded" Internet connection at his home in Toronto and he used the Logitech C920 webcam he recently reviewed while I used my MacBook Pro laptop.

I swear I could probably count every hair in Jim's mustache! 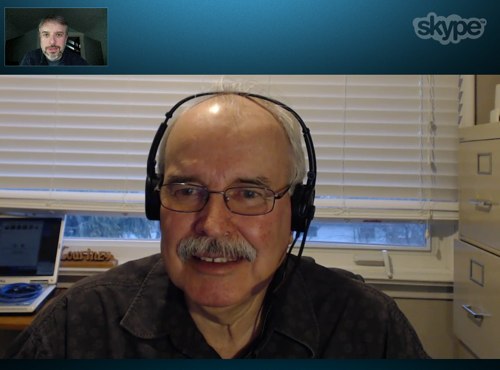 The video quality was truly amazing (and if you click on the image above, you'll get a slightly bigger version - I was not viewing it in full-screen when I made the capture). Looking at the technical specs for the call, Jim was sending 1280x720 using the H264 codec. I was apparently also sending that level of quality over to Jim (although using the VP80 codec).

The audio quality was also excellent and we had a great call. Obviously, Jim's upgraded Internet connection worked perfectly fine! ;-)

Kudos to Skype for making this amazing quality of video calling available - for free - to all of us!

For those curious, here is the detailed technical info for our call: 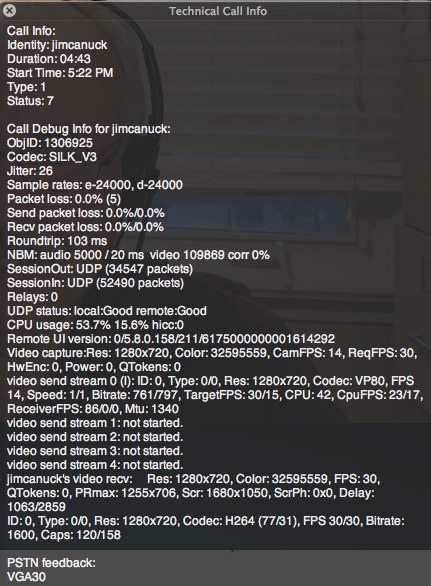 P.S. If you weren't aware that you can get this kind of info, you need to first enable it on the Advanced panel of the Skype for Mac Preferences. Then you can choose "Technical Call Info" from the Window menu (or just press Cmd+5).

Calling people using your browser - but without a Flash or Java plugin? That's been the mission of the WebRTC initiative for some time now with efforts underway in both the IETF and the W3C to standardize the work so that it can be broadly implemented.

I was very pleased to see the team at Voxeo Labs announce that the Phono SDK can now support WebRTC with the developer build of the Google Chrome browser. They outlined their work in a blog post and produced a video demonstrating the technology and also received a very nice writeup on TheNextWeb:

This is very cool as it has the potential once WebRTC is baked into more browsers to provide us with a very solid browser-based platform for building and deploying real-time communication apps. Kudos to the Voxeo Labs team for what they've done so far!

P.S. Some interesting comments about this topic over on Hacker News...

Congrats to the folks at Skype as they cross over the milestone of having 35 million users online at the same time, just a week after crossing over the 34 million mark! That's certain a great accomplishment and the recent growth is quite interesting.

It's not entirely clear to me the source of the growth, but perhaps it is most attributable to the Windows Phone beta version of Skype they released last week. Any Skype users with Windows Phones (and given that they are part of Microsoft now there are probably a good number just within Microsoft) are now going to have a way to stay online more. Perhaps it's also the new Skype-enabled TVs. Regardless, it's great to learn of the growth.

Of course, on the Mac 5.5 version of Skype I can't see the growth myself as there still seems to be no way to see the number of online users in the Mac client.

As I wrote about way back in November 2010, the Skype 2.8 client used to show the number of online users in the lower right corner of the client:

Now that number is nowhere to be seen. As I noted in that article, with the early 5.0 version for the Mac there was a "/mac users" command you could type in a chat window to get the number, but that command no longer works in the 5.5 client.

So I haven't a clue how we in the Mac world can know for ourselves the number of people online.

UPDATE: It turns out that simply "/users" in any Skype chat on the Mac will give you the number of online users. Here's an example:

Thanks to Jim Courtney for confirming this after a tip from a Skype contact.

UPDATE - 16 June 2014: This "/users" command was apparently removed from the Skype for Mac client sometime in the last two years. It seems the only way to get Skype statistics is from Skype's statistics RSS feed.

Not that it really matters... I mean... I'd far rather see a Skype developer work on giving us the ability to see multiple chat windows simultaneously (like Skype for Windows users can) than to work on a way to display a number that is perhaps only of interest to techies like me. Still, it would be fun to have some way to see it. (And the lack of such a display is probably why I haven't written about milestones like this since back in January 2011 when Skype crossed over 27 million.)

I left a comment asking about this on Skype's blog post, but it hasn't yet been approved. We'll see if it gets posted and if there is an answer.

Regardless of all of that, I'll again say CONGRATULATIONS to the folks at Skype... and I'm looking forward to seeing Skype's continued growth in the months and years ahead.