What is new in VoiceXML 3? Join this free webinar tomorrow (May 20)

What is different in the upcoming VoiceXML 3 specification from the W3C? How will it help you create better communication applications? How can you get ready for VXML 3?

If you are curious about what the VoiceXML 3 effort is all about, Voxeo is hosting a free webinar tomorrow, Thursday, May 20, 2010, at 11 am US Eastern time where one of the co-chief editors of the specification, Dan Burnett, will talk about these questions and more.

Registration is free and you can register online. It should be a very informative session.

The big news out this morning was that Google is acquiring Global IP Solutions (GIPS) for $68 million USD. GIPS may not be a familiar name to many folks, but for us in the communications / telephony space, they are widely known as the supplier of audio codecs (and increasingly video) to companies creating real-time communication products, including Yahoo, AOL, IBM and many others. Many of us, though, knew them best as the initial provider of the wideband iSAC codec to Skype.

To put this in more normal language, if you know how good a Skype conversation can sound... how rich the audio can be... how it can sound like the person on the other end is right there in the room with you? The quality of that audio connection is because Skype uses a "wideband codec" to send the audio from one end to the other. Up until 2007, GIPS provided the primary wideband codec that Skype used.

At some point in there, Skype realized that, particularly giving away a free product, it needed to control more of its technology stack and stop paying licensing fees to GIPS and so it bought a company, Camino Networks, that had its own wideband audio codec. Skype then moved away from using GIPS and used its own codec technology.

This would seem to be the exact same move that Google is making. Through their purchase of Gizmo last year, Google acquired client-side technology and SIP technology for the "control channel" side of communications path. With their 2007 purchase of GrandCentral, Google acquired a SIP-based backend infrastructure (which evolved into Google Voice). They have also had their GoogleTalk product out for some time as well.

What they haven't had until now is control over the "media channel". 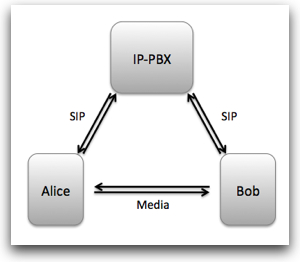 To understand why this matters, let's back up and review "IP Communications 101". When you have two "endpoints" (softphones, "hard" phones, applications, whatever), they communicate over IP using two different channels.

The first channel is the "control channel" where commands are passed such as "I want to invite you to a call with me". These days that control channel is increasingly using the Session Initiation Protocol (SIP) although many other protocols exist (both proprietary and standards-based). The control channel typically passes through one or more "proxy servers" (in SIP lingo) that may be IP-PBXs, call servers, hosted servers, "clouds", etc.

The second channel is the "media channel" where the actual audio or video is sent between the endpoints. Depending upon the exact configuration, this media channel may go directly between the two endpoints, as pictured. Or it may go through media proxy servers, or through Session Border Controllers (SBCs). It is typically transmitted using the Real-time Transport Protocol (RTP), but inside the RTP stream the actual audio or video is encoded using a "codec".

The point is that it is separate and distinct from the control channel.

The issue is that while the control channel is increasingly around the open standard of SIP, which anyone can implement, the "codecs" used in sending media from one endpoint to another have long been a proprietary battleground, particularly with regard to wideband (or "HD audio" as some call it). Yes, there have been and are standards, but usually there have been intellectual property or licensing issues. Now, there is work within the IETF to create a standard wideband codec (and as I wrote earlier, Skype is involved with this effort) but that may take some time and the outcome is not known right now.

The easiest way to solve all these issues is to own your own codec. This is what Skype did back in 2007... and what Google seems to be doing now.

It's also worth noting that GIPS has conferencing engines for both audio and video... and recent events highlight increasing interest in video conferencing:

Put some of the pieces together like this and we could indeed see renewed interest in video conferencing, particularly from mobile devices. (Or perhaps Google might add audio conference calling into Google Voice.)

The question of course is what will Google do now. Naturally neither the Google news release nor the GIPS "letter to customers" says anything. Typical Google style is for new acquisitions to go silent for some extended period of time and then to pop out in some new offering. In this case, of course, GIPS is providing underlying technology that Google could use in many of its other offerings.

Some of the speculation (and it is only that) I've seen so far is that Google could be taking on:

Or perhaps Google will open source some of the technology to further try to disrupt the industry... for instance, will Google offer one of the GIPS codecs to the IETF CODEC working group as an open standard?

Time will tell.... in the meantime congrats to Google and GIPS on this acquisition.

What do YOU think Google will do with GIPS technology?

As I wrote about over on the Voxeo Talks blog, you can do all that and MUCH more at the Voxeo Customer Summit 2010 at the amazing Hard Rock Hotel at Universal Orlando on June 21-23, 2010.

Note that the Summit is for anyone working with Voxeo services... so even if you just have a free developer account over on our Evolution developer portal (or are thinking about getting one), you are welcome to come down to Orlando to join in the fun.

On the Summit agenda, you'll see that we have:

It will be an outstanding two days of learning, interaction and fun. The best part is...

That's right! In keeping with our free downloads and free developer accounts and free training, we decided to give you this "All Access" pass to get an inside view of Voxeo... for free! All you have to do is get yourself to Orlando, FL, and pay for your hotel, etc.

To find out more about the Customer Summit including discounts on staying at the Hard Rock Hotel, please visit our summit site at:

It's a great time to visit Orlando and given that the Hard Rock Hotel is at Universal Studios you may want to stay a bit longer or bring your family along. Fans of Harry Potter will be delighted by the fact that the brand new Harry Potter ride opens up at Universal just 3 days before our Summit!

Space is filling up fast at the hotel, so please register as soon as possible and book your hotel room.

I'm looking forward to seeing many folks at Summit - we're excited to show you all the great new products and services we're launching and in learning about how we can help you grow your services and businesses.

See you in Orlando! 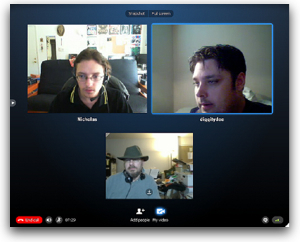 While I may rant about Skype's multiparty video being Windows-only (or "kvetch", according to the VoIP Princess), I still do think it is an excellent development. I'm on Skype conference calls quite often and it would be great to add video. More often, I'm in a video call with someone and we realize we need to bring someone into the call... which we do... and drop everyone to audio.

So, rants aside, I'm very much looking forward to trying out the feature whenever Skype makes it available for the Mac. In the meantime, those of us who choose the Mac will have to live vicariously through blog posts such as this one from Phil Wolff at Skype Journal:

Thanks for sharing, Phil.

UPDATE: Just after publishing this post, I noticed that Phil has another post up, "Skype 5 beta and group video bandwidth" where he's investigating the network paths and video used by the multi-party video. Good stuff!

Why I'm NOT excited about Skype 5.0 with group video calls 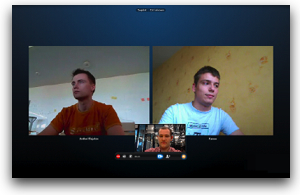 By all accounts I should probably be incredibly excited about Skype's new 5.0 beta 1 with group video calling. After all, I'm a huge daily user of Skype and make video calls pretty much every day. It would be fantastic to be able to add video to some of the conference calls I do... particularly where I work with a globally distributed team.

Because yet again, Skype continues to follow their fractured and fragmented product strategy that I've ranted about before:

You see, I use Macs exclusively these days. In fact, I work for a company of over 140 people... all of whom are Mac users... and all of whom are heavy Skype users. None of us can try this out. Sure... I can fire up a virtual machine and run Windows to try it out... but why bother with the headache?

In his post on the Skype blog, Peter Parkes throws out a bone to Mac users:

Oh, and for those Mac users out there, don’t worry – we’ll be launching group video calling on the Mac later in the year too :-)

Great... wake me up when you get around to having a real cross-platform strategy, Skype.

P.S. And yes, I realize that Linux Skype users are also left behind...

UPDATE #1 - To be clear, I completely understand why Skype chose to focus only on Windows. Windows has by far the largest market share and when you only have so many development resources you must choose where you focus their development effort. I get that. But Skype is trying to become the ubiquitous communication platform used by everyone. Would Firefox have been as successful as it is if it only focused on one platform?

Other softphone/video/communication clients like CounterPath's Bria and SightSpeed can come out with at least a synchronized Windows and Mac releases... it would be great if Skype could, too.

Photos from Voice Biometrics Conference 2010 - of speakers... and Manhattan...

As I mentioned previously, I spoke at the Voice Biometrics Conference in Jersey City, NJ. While there, I brought along my Nikon D90 DSLR and took a series of pictures of the speakers at VoiceBioCon. Click on the image below to go over to the set on Flickr: 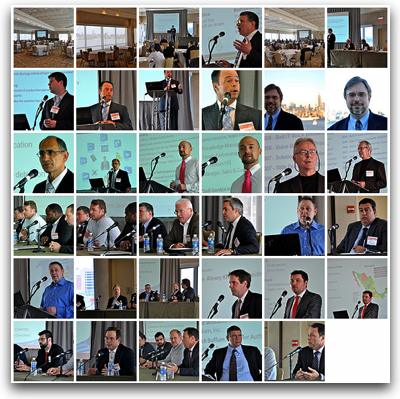 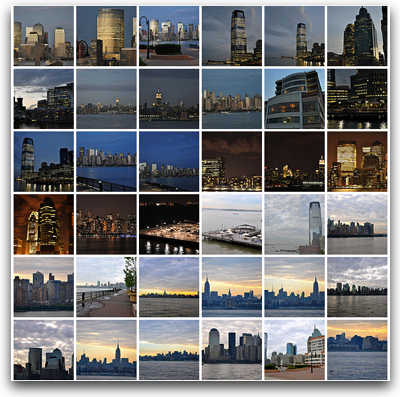 The conference itself was a great event... I'll be writing up some thoughts from the event soon.